Vehicle speeds will be cut to 20mph in central London according to the capital's 'Vision Zero' action plan published by the Mayor of London, Transport for London (TfL) and the Metropolitan Police Service (MPS). 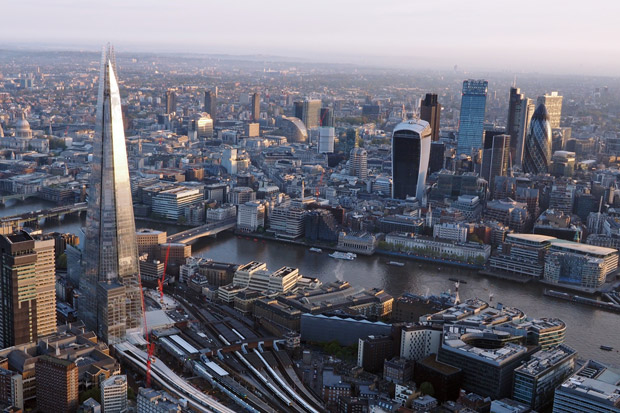 It sets out 'bold and ambitious' plans to eliminate deaths and serious injuries from London's transport network. Each year more than 2,000 people are killed or seriously injured on the capital's streets.

The plan will see:

Working with the Met Police and London boroughs, TfL's 'Vision Zero' approach starts from the premise that 'no death or serious injury on London's roads is acceptable or inevitable'.

To get closer to the 'Vision Zero' ambition, the Mayor, Sadiq Khan, has set TfL a number of 'challenging' interim targets. By 2022, the aim is to reduce the number of people killed or seriously injured on London's roads by 65% with no-one being killed on or by a bus by 2030, on the road to 'Vision Zero' in 2041.

In proposing to make 20mph the new general speed limit on all TfL roads within the Congestion Charging Zone by 2020, Mr Khan said that the likelihood of a collision, and resulting death or serious injury increased substantially as vehicle speed increased.

If someone who is walking is hit by a vehicle at 20mph, they are five times less likely to be killed than if they were hit at 30mph, he said. If someone is hit by a car travelling at 30 mph they had a 40% chance of being killed; but if hit at 20mph they had a 90% chance of surviving. For each 1mph reduction in speed there was an associated 6% reduction in collisions in urban areas.

TfL is also proposing the introduction of 20mph speed limits on its road network in many of London's other town centres and high-risk locations across the capital by 2024, to reduce road danger in those locations. Many London boroughs have 20mph speed limits on their local residential streets, and the Mayor and TfL will work with boroughs to deliver consistent and uniform 20 mph speed limits where it will improve road safety.

Overall TfL is aiming for 150km of new lower speed limits to be introduced on the totality of their road network.

The police are responding to 'Vision Zero' with a new approach, which will intensify police focus on the most dangerous drivers and amplify the deterrent effect through widespread high visibility roadside operations and patrols.

At the same time TfL is committed to the next round of major work to make the most dangerous junctions in London safer. It has already identified 73 junctions with the worst safety record and is proceeding with a major 'Safer Junctions' programme that will see significant safety improvements made at those locations to reduce road danger for people walking and cycling.

Mr Khan, said: "I don't accept that deaths and serious injuries on London's roads are something we just have to put up with. Every single death or serious injury results in heartache and tragedy for those affected, and their loved ones.

"Our bold and far-reaching plans are some of most ambitious in the world, and start from the basis that no death or serious injury on London's roads should be treated as acceptable or inevitable."

TfL's 'Direct Vision Standard' for HGVs is claimed to be the first initiative of its kind in the world to categorise trucks depending on the level of a driver's direct vision from a cab. The scheme is due to be introduced in 2020 to improve vehicle safety and increase visibility of vulnerable road users.

HGVs will be given a rating between 'zero-star' (lowest) and 'five-star' (highest), with only those vehicles rated 'three-star' and above, or which have comprehensive safety systems, able to operate in London from 2024.