The Government has been urged by ACFO, the UK's premier fleet decision-makers' organisation, to adopt a six-point action plan to protect and enhance company car demand. 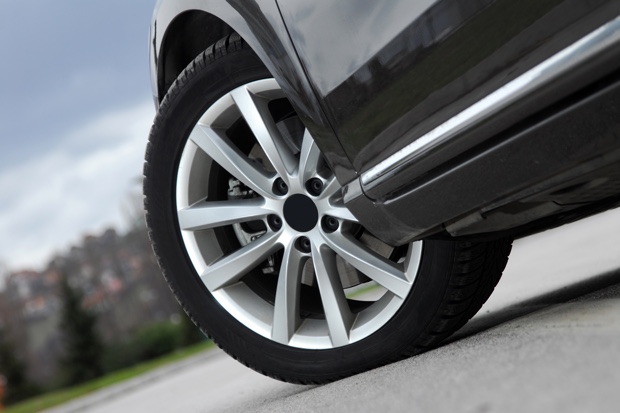 ACFO has urged the Government to:

The action plan has been sent to HM Treasury in response to its review into the impact of the Worldwide harmonised Light vehicles Test Procedure (WLTP) on company car benefit-in-kind tax and Vehicle Excise Duty.

ACFO's publication of its six-point action plan comes hard on the heels of the British Vehicle Rental and Leasing Association (BVRLA) warning the Government that a failure to support the fleet sector with a "fair and consistent” company car benefit-in-kind tax regime would "seriously threaten” its attempts to decarbonise road transport.

HM Treasury is conducting the review because it says it wants to ensure the Government "strikes the balance between protecting consumers and meeting our climate change commitments”. It is considering whether vehicle tax changes are required once WLTP-based carbon dioxide (CO2) emission figures are adopted as the basis of motoring taxation from April 2020.

Chancellor of the Exchequer Philip Hammond is expected to indicate the ‘direction of travel' on any changes to the existing company car benefit-in-kind tax and Vehicle Excise Duty regimes in the government's Spring Statement on Wednesday, March 13. That is likely to be followed by a consultation on the technical legislation when it is published in July with any changes due to be introduced in April next year.

ACFO says businesses are closing company car schemes with employees opting for cash due to year-on-year rises in benefit-in-kind tax and uncertainty over future taxation levels.

ACFO has highlighted HM Revenue and Customs' data showing that while the volume of company cars on the road was reducing, the tax take from drivers and companies paying Class 1A National Insurance on the benefit was increasing. Furthermore, the Office for Budget Responsibility has already factored in an additional £500 million flooding into HM Treasury coffers as a result of the impact of WLTP on taxation by 2024.

The review document says that initial evidence provided by manufacturers suggested that more than 50% of cars would see an increase in CO2 emissions from the old New European Driving Cycle (NEDC) testing procedure to WLTP of between 10% and 20% thus resulting in an increased tax liability.

Arguing that the existing CO2-based company car tax regime had "successfully driven down CO2” and enabled drivers to select plug-in hybrid and zero emission cars, ACFO said: "This has a direct impact upon new car sales, but also serves to provide a channel of low emitting vehicles into the national car parc.”

However, in its review response ACFO stressed that a combination of annual tax rises and future tax uncertainty was driving employees to "make their own arrangements” and fund their own vehicles.

"Migration away from company-provided cars to privately sourced cars is shown to increase CO2,” said ACFO and highlighted that such moves hit the Government's environmentally-focused ‘Road to Zero Strategy'.

What's more, having taken soundings from ACFO members, the organisation said: "There is evidence that where a cash allowance is available, that cash is often not wholly used to fund a vehicle but was, instead, used on other expenses.

"Some 50% of company car drivers earn under £40,000 per annum, so the potential increase in benefit-in-kind of £20 per month will impact those drivers severely. Furthermore, should they have the option to return their company car, it is reasonable to assume that when making their own arrangements, they are unlikely to purchase or lease a brand new vehicle.

"Older, more polluting vehicles are likely to be used and few companies are willing to force drivers into cars that would be similar to what they may have chosen under a company car scheme.”

ACFO also reminded the Government that many company cars were ‘job-need' with little vehicle choice meaning that drivers of those vehicles had no cash allowance option and "limited opportunity to reduce, or control, their benefit-in-kind tax”.

"These drivers are also more likely to be very high business mileage users and therefore less suited to the very low emission vehicles and have to take a diesel car as they continued to offer the best whole life cost and MPG,” said ACFO.

Consequently, ACFO has urged the Government to:

Caroline Sandall, ACFO deputy chairman, said: "The government cannot continue to treat company cars as ‘a cash cow'. Word from the Government has previously been that it sees the transition to a tax system based on WLTP CO2 emission figures as being tax neutral and it must adhere to that.

"Furthermore, if the Government is to achieve its ambition to reduce vehicle emissions then it must ensure that the tax regime supports and enhances demand for company cars, the newest and cleanest cars on the roads, and make the changes as ACFO has outlined in its action plan.”