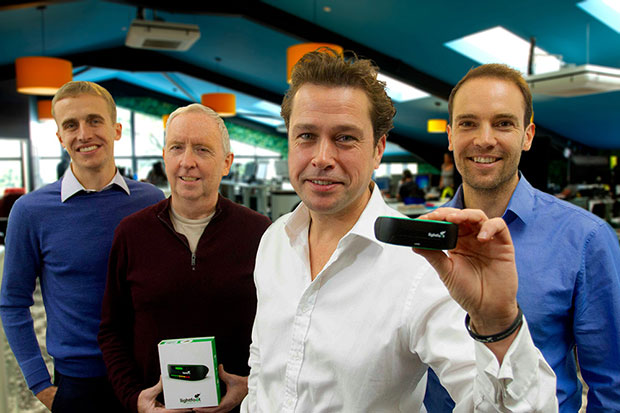 The investment comes from the Business Growth Fund (BGF), which was established in 2011 and claims to be the UK and Ireland’s most active investor in small and medium-sized companies.

Simultaneously, Martin McCourt, former CEO of Dyson, has become an investor and non-executive chairman. Ned Dorbin, of BGF, has also joined the Lightfoot board.

Lightfoot, which was launched in 2013 by entrepreneur Mark Roberts, claims to have successfully disrupted the fleet sector by focusing on rewarding good driving rather than the traditional method of penalising bad driving.

More than 20,000 drivers now use Lightfoot across more than 150 businesses including Activa Contracts’ clients such as the North East Autism Society, which by the end of 2018 will have equipped all of its fleet of more than 60 vehicles with the technology; and Regional children’s charity Break, which has equipped its 30 vehicles with the tool.

More recently, Lightfoot has expanded to deliver the technology to private motorists in the UK with a consumer launch, with plans also to expand the proposition globally underway.

Lightfoot has the ability to cut accident rates by up to 60% and fuel bills by as much as 20%, by improving and sustaining driver behaviour, while reducing vehicle wear and tear, insurance premiums and carbon dioxide (CO2), emissions. In addition to playing a vital role in cutting fleet operational overheads, Lightfoot also provides a vehicle tracking option. It enables fleets to track their assets, optimise their operations and keep their personnel secure.

Mark Roberts, Lightfoot’s founder and CEO, said: “We’re on a mission to change the way people think about driving. We want everyone to enjoy the amazing benefits that smoother driving can have on their wallets and our planet.

“We believe that now is the right time to accelerate our expansion by bringing on board more people and increasing our engineering and sales capacity. We’re delighted to be embarking on this new stage with Martin and with the support and funding from BGF as our new minority partner.”

Following the company’s most successful year to date, with the recruitment of further industry-leading businesses to its fleet client list and the launch of the consumer version of Lightfoot, the BGF investment will propel both arms of Lightfoot’s business.

Having already doubled its headcount in 2018, Lightfoot plans to do the same again by the end of 2019 with the backing of BGF.

BGF’s funding will be used to drive growth in Lightfoot’s fleet business, its expansion into the consumer market, its global aspirations and the continued recruitment of high-skilled talent across the business.

Mr Dorbin, BGF investor and new board member of Lightfoot said: “Lightfoot is a vibrant, smart and ambitious business with a first-class management team. After five years of operation, it has established a strong reputation in the market and developed a clear strategy for growth. We’re pleased to be backing another fantastic business.”

Mr McCourt said: “Lightfoot has top class technology and engineering capabilities, the brand is fresh and approachable and when you walk into Lightfoot HQ you hit a wall of energy from a noisy bunch who are passionate about the benefits their product offers the planet. The parallels to my past are abundant - proud British engineering, disruptive technology and a team who can deliver… there’s a lot to be excited about!”

Click here to learn more about Lightfoot and how this technology could benefit your fleet.