BMW is to explore new territory with the launch of the 2 Series Active Tourer – its  first front-wheel-drive model, which also features an all-new three-cylinder engine.In showrooms from September 27th, official on-the-road prices have yet to be announced – but BMW says they will start from under £23,000. 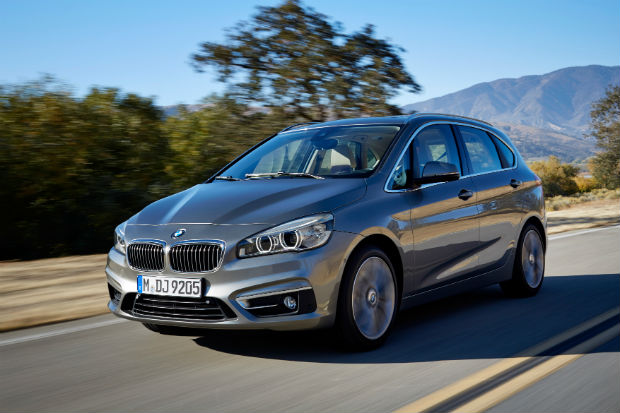 The more highly powered 225i will go on sale with xDrive four-wheel-drive from November, alongside further models: the 220i, 216d, 220d and 220d xDrive Active Tourer.

The standard transmission is a newly developed six-speed manual unit. Optionally, in conjunction with the three-cylinder engine, a six-speed automatic transmission can be specified.

For the four-cylinder engine, a new eight-speed automatic transmission has been developed, which is specially adapted to take account of the front-wheel-drive configuration and the transverse engine.

In addition to the entry-level SE derivative, Sport, Luxury and M Sport models will be offered.

BMW says that their new front-wheel-drive started with a blank sheet of paper. The result, they claim, delivers a balance of the key customer requirements: balance comfort and vehicle agility.