Company car drivers will spend the equivalent of nearly three years of their working life in the driver's seat, according to the latest Škoda fleet research. 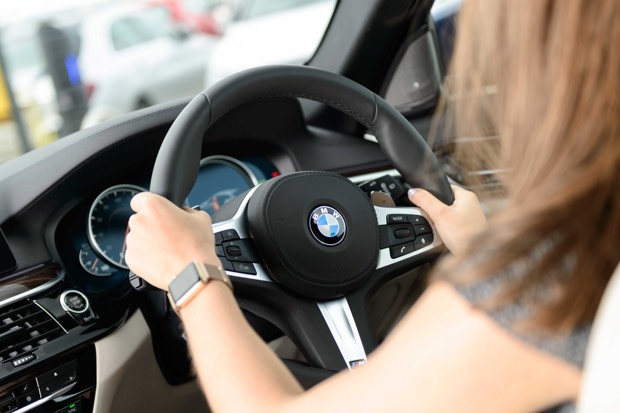 The survey was commissioned to gain insight into life on the road for business drivers with many having their company cars as 'mobile offices'. The car manufacturer surveyed 1,000 company car users and the research revealed that:

The survey also highlighted that company cars were being utilised to the full, with the average driver travelling 235 miles a week or nearly half a million miles (451,200) over the course of their career - the equivalent of driving around the earth more than 18 times.

A typical company car driver would also lose their temper 307 times a year, make 355 hands-free calls to their boss and drink 614 teas or coffees - all from the comfort of the driver's seat.

Each week, as many as five business deals would also be clinched whilst in the car, six sandwiches would be eaten and an average of six work-related texts would be sent while on a roadside break. Drivers would also rely on their 'sat nav' eight times a week and make their way through six packets of crisps.

Henry Williams, head of fleet for Škoda UK, said: "We know consumer requirements are evolving all the time so our research ensures our cars are always relevant for the driver. The car is more than just a vehicle. For many, it's a mobile office."

The research also found nearly two-thirds of company car owners said they felt like they spent more time in their vehicle than they did sat at home on their sofa, and 52% went further to comment that they felt they spent their life in the car. That said, 33% said that they 'really enjoyed driving'.

A fifth of company car drivers relished their time in their car stating it was the only 'me time' they got to themselves and 71% preferred to drive without any passengers, with 43% saying it gave them time to think about work and make plans in their head.

The research additionally showed that the typical company car owner would spend four hours of every week in a traffic jam, but that allowed four in 10 motorists to make a life-changing decision when in the vehicle. In fact, the research suggested that the average company employee would make four life-changing decisions whilst sat behind the wheel.