As tyres are the only part of a vehicle that makes contact with the road, it is essential that they are in tip-top condition. 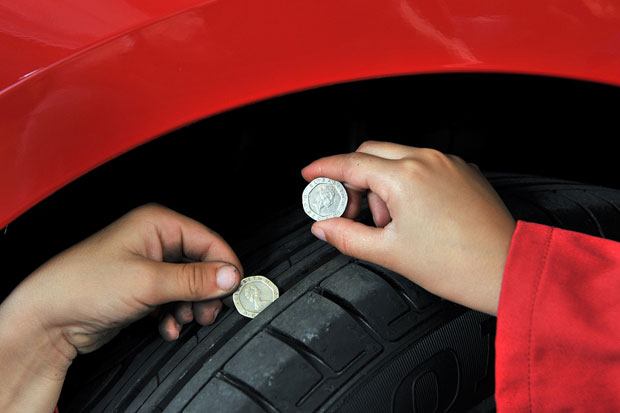 However, many drivers continue to fail to undertake both regular and routine checks.

Although new government figures reveal a reduction in casualties resulting from tyre-related incidents on Britain’s roads, October continues to be Tyre Safety Month.

Tyre Safety Month 2016 started this week in the wake of positive figures from the Department for Transport’s Reported Road Casualties Great Britain, which highlighted a 28% decrease in the number of people killed or seriously injured in tyre-related incidents, with total casualties falling by 16.2% – compared to 2014 figures.

That equates to a 44% decrease in all casualties caused by tyre-related incidents since Tyre Safety Month’s organiser, TyreSafe was established in 2006.

While the news has been well-received, TyreSafe continues to urge drivers not to be complacent and ensure they carry out regular tyre checks.

Despite the casualty rates falling, TyreSafe stress that there is no evidence that the number of tyre-related incidents which do not result in fatalities or injury is decreasing, as that data is not captured in the Department’s report.

As revealed earlier this year by TyreSafe’s survey of tyres at the point of replacement (in partnership with Highways England) there is evidence that the number of illegal tyres on Britain’s roads this year will remain at 10 million – or even increase.

Current UK law requires car tyres to have a minimum of 1.6mm of tread across the central three quarters of the tyre, around its entire circumference. Drivers found to be in breach of these regulations face a fine of up to £2,500 and three penalty points for each illegal tyre.

TyreSafe chairman Stuart Jackson said: ‘Tyre Safety Month 2016 kicks off with good news, but motorists should not interpret those results as being an excuse not to carry out regular tyre checks.

‘Tyres are a safety-critical component on any vehicle and the only one in contact with the road, and while modern vehicles give occupants a far greater chance of surviving a collision – even walking away uninjured – well-maintained tyres will significantly reduce the risk of being involved in an incident in the first place.’

That’s why Tyre Safety Month’s message this year is ‘Don’t chance it – check it’. The campaign takes place every October to coincide with the onset of the worst of the British weather and is designed to act as a focus for the UK’s tyre safety awareness charity’s year-round activities.

TyreSafe’s supporters have planned a diverse range of activities during the month and will offer free tyre checks as well as handing out campaign materials.

TyreSafe urges company car and van drivers to take the 20p test to stay safe and legal. That means inserting a 20p coin into the main tread grooves of their vehicle’s tyres.

How to take the 20p test