Drivers urged to take time out to enjoy lunch, as 60% admit eating at the wheel

Drivers are being urged to take a break and enjoy their food away from their vehicles, as road safety charity Brake and Direct Line reveal more than six in ten (62%) have eaten at the wheel in the past year. 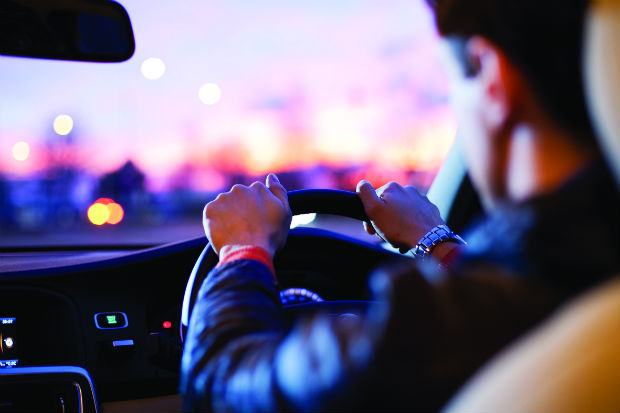 Three in ten (29%) unwrapped food themselves at the wheel - a telling symptom of busy lifestyles putting lives at risk. Studies have suggested eating a meal at the wheel increases a driver’s risk of a devastating crash as much as talking on a phone.

Brake and Direct Line’s survey of 1,000 drivers reveals that in the past year:
•    Three in ten (29%) have opened and eaten food at the wheel.
•    A third (33%) have eaten food that was unwrapped and passed to them by a passenger.
•    One in 50 (2%) has narrowly avoided a crash in the past year, having had to brake or swerve to avoid a hazard because they were distracted by food or drink.

The numbers of UK drivers eating at the wheel reflects a wider trend towards eating on the move, as lifestyles become ever more fast-paced, says the road safety charity.

Britons have been found to spend more on food eaten on the move than any other country in Europe, with the nation’s continental neighbours more likely to take time out to enjoy meals.

Brake and Direct Line’s survey also shows that it is not just meal times being squeezed by busy lifestyles, as one in five drivers (20%) admit to doing their hair, applying make-up or otherwise tidying up their appearance while at the wheel. Additionally, one in 20 (5%) admit doing so in free-flowing traffic, risking crashes.
Eating at the wheel is part of the wider problem of distracted drivers, believed to contribute to around one in five crashes (22%). Drivers who attempt to multi-task at the wheel are two to three times more likely to crash, and complex tasks like unwrapping and eating a burger increase the risk.
Brake says all drivers should give the road their full attention and save any other activities for regular breaks, which should be at least every two hours on long journeys.

Brake has also called on the Government to make traffic policing a national priority to stop multi-tasking drivers putting lives at risk.
However, Brake argues the recently introduced on-the-spot £100 careless driving fine needs to be much higher to effectively deter the potentially deadly behaviour.

Julie Townsend, deputy chief executive, Brake, said: “Driving is the most complicated and risky thing most of us do on a regular basis, so it is vital we give it our full and undivided attention; we can’t afford to treat our cars as an extension of our kitchen or bathroom.

“Eating at the wheel often means taking your eyes, hands and mind off the road and dramatically increases your chances of crashing and killing or seriously injuring someone. Drivers need to take regular breaks and make time away from their vehicles to enjoy lunch or perform other tasks.
“We are also appealing to Government to increase fines for distraction and careless driving offences, to stop risky multi-tasking drivers.”