It’s expected that fleet and vehicle manufacturer optional extras strategies will be reconsidered, thanks to the introduction of the Worldwide harmonised Light vehicles Test Procedure (WLTP). 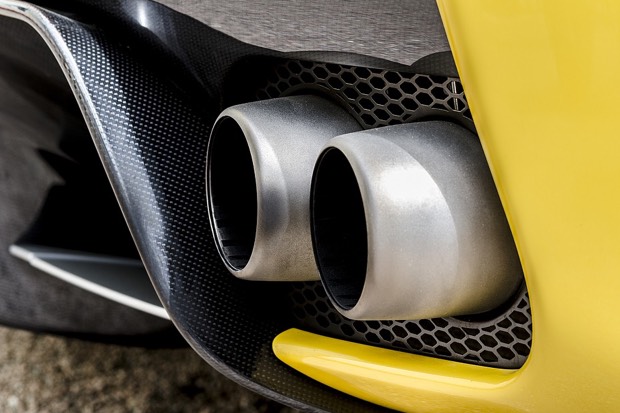 Until now, vehicle options haven’t had an impact on the defined carbon dioxide (CO2) levels of cars – with the exception of wheel size, number of seats and transmission type. But WLTP will take into account all available options, such as air conditioning, leather upholstery and the addition of a sunroof. This makes the variation in CO2 levels - and tax rates - vast.

A new white paper from automotive data analysts JATO - ‘WLTP: The Impact on Tax and Car Design’ - says: ‘In the future, all car configurators will specify and price vehicles via their real CO2 footprint. As such, adding optional extras will typically increase prices and also taxation levels, if the vehicle moves from one CO2 tax band to another.’

As a result, JATO suggests that drivers ‘may choose simpler lower option vehicles’ as vehicle CO2 is the tax driver. Furthermore, it will be ‘increasingly important’ to evaluate vehicle selection using whole life costs, as MPG can change significantly with each model configuration.

JATO says: ‘WLTP will impact many elements of the decision-making process for someone choosing a fleet vehicle - taxes will be applied based on the CO2 emission level and whole life cost will be impacted by the real-life fuel consumption values.’

The white paper predicts that WLTP will affect:

WLTP, which was introduced this month, is designed to provide fleet operators with a more realistic driving view of the data.

WLTP is being introduced as the replacement for the long-established NEDC system in two phases:

WLTP car performance figures are expected to be highlighted on manufacturer websites and in brochures from late 2017, as new models are approved.

In most cases, official vehicle MPG figures will be worse than equivalent NEDC figures, while CO2 emissions figures will be higher. Industry experts have suggested that CO2 figures on a car-by-car basis could increase by about 20% when it is introduced.

HM Treasure has yet to decide how it will impact on vehicle-related taxes currently linked to the NEDC test – such as company car benefit-in-kind tax, Vehicle Excise Duty and capital allowances. Industry speculation suggests that 2020/21 could be the financial year for changes to be introduced.

An HM Treasury spokesman has previously said it would ‘look to agree a suitable moment to move the tax system from NEDC to WLTP, based on industry input’, but JATO assumes January 2019 will be the changeover date.

During a transitional period between September 2017 and September 2020, the certificate of conformity issued by the Vehicle Certification Agency will show both WLTP and NEDC CO2 values.

From 2020, new vehicles will only be tested using WLTP type approval procedure. However, it is not clear yet when the Driver and Vehicle Licensing Agency will start recording the new WLTP figure on V5 vehicle registration documents, or if it will record both WLTP and NEDC figures.

JATO’s white paper concludes: ‘Changes to taxation at a national level, real-life CO2 readings for vehicles and an increased volume of data configuration required for the industry, will immediately change the sector.’