Businesses can avoid ‘pitfalls’ surrounding the use of HMRC Advisory Fuel Rates for company car drivers and car allowance recipients by instead using ‘actual cost reimbursement’. 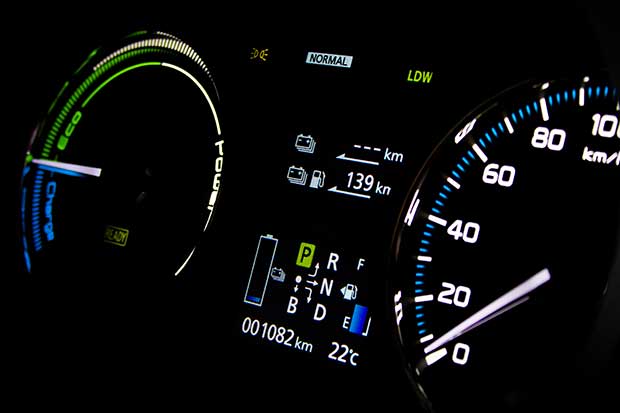 However, with an ever-increasing number of vehicles being fitted with telematics devices and the use of other technology that records vehicle mileage, including business and private mileages, being widespread ‘actual cost reimbursement’ is said to be more accurate than the flat Advisory Fuel Rate.

What’s more it is claimed that adopting ‘actual cost reimbursement’ can be used by employers to encourage drivers to filling-up at forecourts selling the ‘cheapest’ fuel and adoption of a driving style that encouraged improved MPG.

HMRC publishes Advisory Fuel Rates quarterly. The current ones for petrol and diesel engined cars with the December 2018-February 2019 quarter in brackets are:

He said: “The MPG vehicles are achieving largely affects the cost per mile. As a result, many drivers are not recuperating their full fuel costs.”

To assess the impact of current Advisory Fuel Rates, TMC analysed detailed fuel card transaction data and audited mileage reports from a sample of 10,000 cars on its mileage capture database. The price of petrol and diesel ‘implied’ by the HMRC figures was then calculated.

The company calculated that drivers of small petrol cars (1400cc or less) were worst hit equating to them paying £1.08 per litre for petrol when the average pump price used in the calculation was £1.20. Since the calculations were made pump prices have risen to an average £1.23 for a litre of petrol and £1.31 for a litre of diesel, according to the RAC indicating that drivers are even further out of pocket.

The data revealed that Advisory Fuel Rates as a percentage of real world pence per mile figures was, with the exception of that for large petrol-engined cars, up to 10% adrift.

Highlighting what employers could do to assist drivers, he said: “When talking to drivers who are unhappy about the situation, it is fair to ask them whether they have calculated their actual MPG and fuel cost to see how it compares with the Advisory Fuel Rate. Under the pre-March Advisory Fuel Rates, our data showed a 50-50 split between drivers who profited from the Advisory Fuel Rates and those who lost out, so on balance, the rates were ‘right’. With the new lower rates, around 70% lose out.”

He highlighted that for many drivers, a lighter touch on the accelerator might improve their MPG enough to offset the cut in fuel expenses.

But warned: “If firms pay drivers a higher fuel mileage rate than Advisory Fuel Rate, it makes the driver liable for costly fuel benefit-in-kind tax unless the employer can prove to HMRC that the driver’s actual fuel costs justify the rate paid.”

Suggesting that an increasing number of companies reimbursed drivers based on the actual cost of their fuel and so would not be affected by Advisory Fuel Rate changes, Mr Hollick said: “Actual cost reimbursement automatically adjusts to real world prices and MPGs. It eliminates the pitfalls surrounding flat rate fuel expenses.

“Moreover, it gives employers excellent visibility over their business trip data, which they can use to drive cost savings: directing drivers to use the cheapest forecourts and improve their driving efficiency to minimise cost and emissions.”

For information or advice about fuel reimbursement, contact us today.