Fleet operators should only consider cars with safety features such as Autonomous Emergency Braking (AEB) as standard. 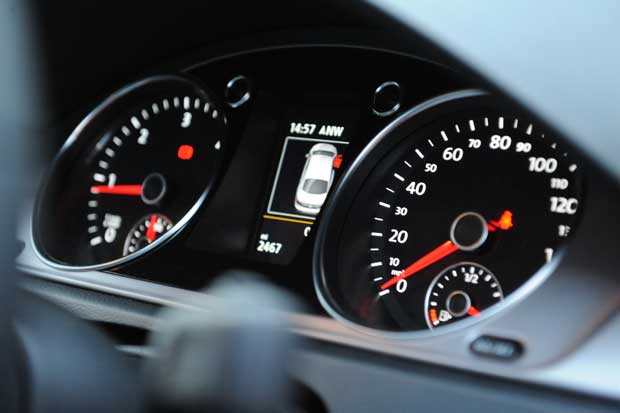 That was the message from Peter Shaw, chief executive of Thatcham Research, the motor insurers’ automotive research centre, as he called for immediate action to further improve road safety.

Thatcham has called AEB ‘the most important active safety technology seen in recent years’. Using technologies such as radar, lasers and optical sensors to identify other vehicles and in many cases pedestrians, AEB automatically applies a vehicle’s brakes if the driver does not respond in time, to avoid or mitigate a collision.

Mr Shaw said: ‘We believe that advanced safety features like AEB should be standard on every new car sold, rather than on just 17% as is currently the case.’

He was speaking at the annual What Car? Awards where the Volvo XC90 was the winner of the Car of the Year Safety Award and both the Honda Jazz and Toyota Avensis were commended for their safety performance.

Mr Shaw said: ‘As the clear winner of the 2016 What Car? Car of the Year Safety Award, the Volvo XC90 has an outstanding complement of active and passive safety features that affords drivers, passengers and other road users the highest levels of protection currently available.

‘Like all of the 17 cars in the final reckoning, the Volvo XC90, Honda Jazz and Toyota Avensis gained top ratings in crash testing, but just as importantly they are fitted as standard with (AEB), a technology that Thatcham Research believes is key to reducing crashes and saving lives on British roads.’

Urging fleets to only consider new cars fitted with AEB as standard, Mr Shaw said: ‘When you have the chance for everyone to gain from the inclusion of a life-saving technology that has been shown in studies to reduce the likelihood of a front-to-rear crash by almost 40%, you simply cannot afford to miss the opportunity.’

One of the issues, Thatcham believes, that could be stalling AEB take-up is confusion over the technology’s name.

The automotive industry should work co-operatively to agree and introduce generic names for safety technologies in place of a variety of different marketing-led names currently used to describe what were essentially the same features, said the organisation. It claims there is 95% consumer support for a generic name for AEB.

In conjunction with its call for standard fitment on all new cars of AEB, the research organisation believes that further action is needed in a number of related areas to ensure that Britain sees the maximum benefit from safety technologies available now, but not fully embraced.


Mr Shaw concluded: ‘People choosing only AEB-equipped new cars now will not only make our roads safer, it will also send a clear message to car makers about the importance of – and demand for – this technology.

‘We also believe that industry-wide adoption of simple, generic names for individual safety features in place of the many different descriptions currently used by car makers would significantly improve consumer awareness and understanding of life-saving technologies.

‘Car makers are pioneering new technologies and have worked hard to make a widening range of safety features available on new vehicles and give consumers a base level of knowledge about the technologies. But there is much more that can be done – this is very much a case of vehicle manufacturers helping people to help themselves, by ensuring that the cars they are buying are as safe as they possibly can be.’