The government's plug-in car grant scheme will continue to offer businesses 35% off the cost of an ultra-low emission car, up to £5,000 until at least February 2016. 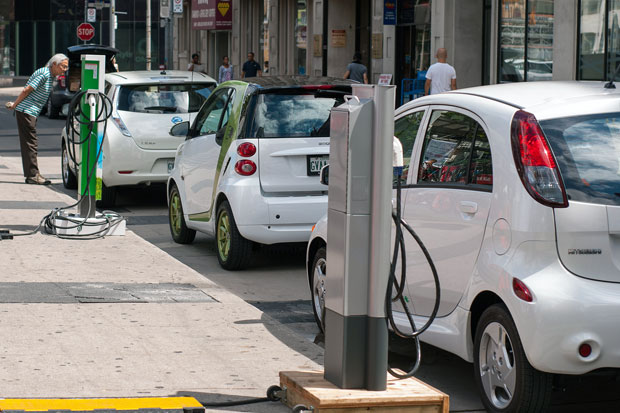 The government has confirmed that it is committed to continuing to support demand for all plug-in cars with CO2 emissions of 75g/km or less.

Additionally, the plug-in van grant that offers 20% off the price of a vehicle, up to a maximum of £8,000 remains in place.

The government’s decision to continue to offer financial support for the acquisition of plug-in vehicles has been unanimously welcomed by the motor industry and fleet industry organisations.

The government had previously announced that the plug-in car grant would be reviewed once 50,000 vehicles had been sold. That milestone is expected to be reached in November as demand for plug-in vehicles continues to accelerate.

Confirmation of plug-in grant availability into 2016 is anticipated to add an extra incentive to fleets which are looking to ‘go electric’ in 2015 and 2016.

Further details about how the plug-in car grant will be structured beyond February next year are expected following the government Spending Review in November.

Registrations of plug-in cars accelerated rapidly over the first six months of 2015, growing 256% against the same period last year and surpassing the 2014 full-year total with six months to spare.

Mike Hawes, Chief Executive of the Society of Motor Manufacturers and Traders, welcomed the government’s announcement saying: ‘The extension of the plug-in car grant is good news. The market for these vehicles remains small, however, so it is essential that government continues to provide effective incentives for their uptake – including the plug-in car grant and other measures.’

Gerry Keaney, Chief Executive of the British Vehicle Rental and Leasing Association, said: ‘It is great that the government has provided more certainty about the lifespan of this vital incentive and the lead-time limit for qualifying vehicles to be delivered and registered.

‘Demand for ultra-low emission vehicles is growing rapidly, but we would urge the government to continue supporting this nascent market by extending the plug-in car grant beyond next February and providing additional in-life incentives for early adopters.’

Support also came from John Pryor, chairman of ACFO, the leading UK representative body for fleet decision-makers, who said: ‘Fleet decision-makers should assess the business benefits of the new breed of ultra-low and zero-emission vehicles against both the whole-life cost and day-to-day operating criteria of their existing vehicles to see if there is a place for them within their transport operation.

‘Finding the right use for the right vehicle is key in all fleet operations and that is no different with electric and plug-in hybrid models.

‘The marketplace is changing so electric vehicles have to be a factor on fleet managers’ radar. Continuation of the plug-in-grant into 2016 helps fleet managers to determine the whole-life-cost position of applicable models versus current choices.’

Presently there are 27 cars and nine vans eligible for plug-in grants, according to the government’s website.