The government is to crackdown on tax efficient salary sacrifice/cash allowance car schemes as it seeks to plug a hole in HM Treasury's coffers. 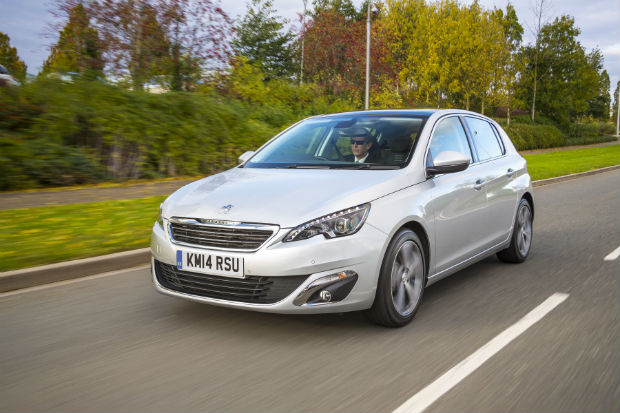 However, the government has announced that under ‘grandfathering’ rules, employer/employee car scheme arrangements entered into prior to April 2017 will be protected until April 2021.

Additionally, the government has exempted ultra-low emission cars, (those with emissions up to 75g/km CO2), from the changes.

The government signalled a year ago that it was concerned about the popularity of salary sacrifice and cash allowance schemes and their impact on its tax and National Insurance revenues.

Following a recent consultation, Chancellor of the Exchequer Philip Hammond announced the crackdown in the government’s Autumn Statement.

He said: ‘To promote fairness and broaden the tax base, the government will phase out the tax advantages of salary sacrifice arrangements.’

It is assumed that as a result of the crackdown from April 2017, employees choosing a company car through a salary sacrifice scheme/cash allowance will be taxed on the greater of its taxable value. However, that has yet to be confirmed by the government. Employers are also likely to face a rise in Class 1A National Insurance contributions.

Additionally, it remains unclear as to what the government means by ‘arrangements’, - and how the salary sacrifice/cash allowance agreement dates or any mid-term change in the value of an allowance would be managed. It is anticipated that these details will be contained in the forthcoming Finance Bill, which is due to be published on December 5.

ACFO chairman John Pryor said: ‘ACFO welcomes the exemption for ultra-low emission vehicles from the proposed new rules and the grandfathering of existing schemes through to April 2021.

‘However, many companies and public sector organisations have introduced salary sacrifice arrangements and it is disappointing that the Autumn Statement lacks definitive details on the new tax rules and whether they will also apply to car allowances.

‘Businesses want stability and clarity and the Autumn Statement announcement - which comes just five weeks after the closure of the consultation period on the government’s proposed changes - would appear to have given little time for the finite detail to be announced.

‘With so many questions remaining unanswered with the initial announcement, ACFO hopes that detailed information will be published as soon as possible so that all employers and employees can plan their future strategies and make decisions in confidence and in the full knowledge of the tax and National Insurance implications.’

Gerry Keaney, chief executive of the British Vehicle Rental and Leasing Association (BVRLA), acknowledged that ‘the Chancellor has clearly grasped the vital role that the company car sector plays in driving uptake of low emission vehicles’ with 11% of models provided by BVRLA members (which includes Activa Contracts), emitting less than 75g/km CO2.

However, with ultra-low emission vehicles being more expensive than the average car and currently not suitable for every lifestyle or work environment, Mr Keaney said: ‘These tax changes could deter many employees from choosing a modern, safer, cleaner company-provided vehicle - and see them opt for an older, dirtier and more dangerous alternative.

There is also BVRLA concern that the ‘ambitious’ implementation date of April 2017 for the new rules gives employers little time to update their systems to take account of the changes.

Dan Rees, associate director, employment taxes, at Deloitte, called the ‘carve out’ for ultra-low emission vehicles ‘a welcome announcement’ and added: ‘This means that the income tax advantage for the employee and National Insurance advantage for the employer remain in place and continue to be a significant incentive for the selection of this type of vehicle. Indeed from 2020, the tax incentives for this type of vehicle increase dramatically.’