The Department for Transport has submitted new guidance to drivers and fleet operators to help mitigate the threat of vans and larger vehicles. 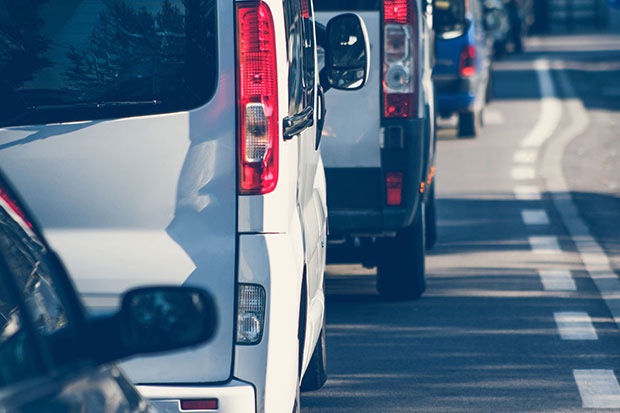 New best practice guidance to help mitigate the threat of vans and larger commercial vehicles being used as a weapon has been issued to drivers and fleet operators by the Department for Transport.

Richard Turfitt, senior traffic commissioner for Great Britain, says in the guide, 'Countering Vehicle as a Weapon: Best Practice Guidance for Goods Vehicle Operators and Drivers' : "The use of vehicles as a weapon to injure and kill people has become a real threat, which means people who operate and drive commercial vehicles need to act. It is vital that transport businesses adopt a responsible approach to security."

The guide is based on best practice advice from agencies, which are charged with protecting all members of society, and, said Mr Turfitt, consisted of "some simple and inexpensive procedures to assist operators, transport managers and drivers".

He continued: "Our key message is for you and your employees to take security as seriously as you take safety."

The guide says: "A vehicle can be used as a weapon intentionally to injure and kill people. 'Vehicle as a weapon' (VAW) is a low complexity methodology requiring little or no training. With a plentiful source of vehicles on UK roads, it is therefore within the capability of individuals to try and steal one and use it in an attack.

"Crowded public spaces are targeted by this type of attack. There are a range of online terrorist and extremist materials aimed at inspiring terrorists to carry out VAW attacks and previous attacks have encouraged copycats, who now see VAW as a successful means to cause terror. Lorries and vans pose an increased risk if used in VAW attacks because of their size, profile and weight, all of which increase the potential impact.

"This is a real threat: there have been numerous VAW attacks in the UK and around the world in recent years, killing and injuring hundreds of innocent people. Consequently, VAW remains a likely attack methodology for the foreseeable future."

The guidance outlines the steps operators and drivers can take to help keep the public and their organisation safe from attack. The guidance covers:

The guide also outlines the importance of businesses having a security plan which:

The British Vehicle Rental and Leasing Association (BVRLA), of which Activa Contracts is a member, is an active supporter of the national ACT campaign, which encourages vigilance, provides advice and promotes the importance of reporting anything suspicious. Further information on the BVRLA's activities to combat vehicle terrorism is available at: https://www.bvrla.co.uk/industry-campaigns/vehicle-terrorism.html