Autonomous vehicle testing is being undertaken through a number of Government-backed projects, but while technology maybe viable new rules and regulations must be in place for driverless vehicles to be deployed for ‘normal’ driving. 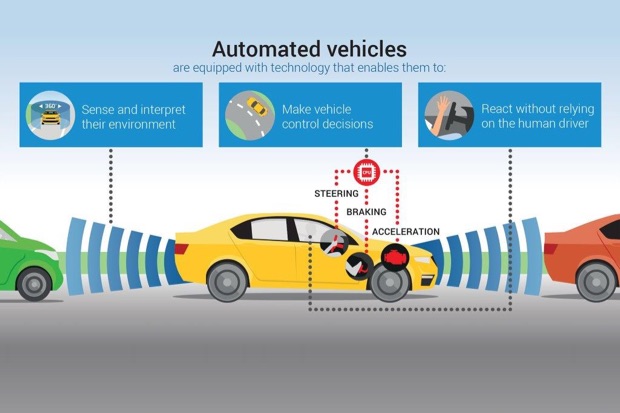 Now, the European Automobile Manufacturers’ Association (ACEA) has drawn up a check-list of rules and regulations that need to be put in place to make automated driving a reality in the European Union.

ACEA director general Eric-Mark Huitema said: “Automated driving is a paradigm shift that will change how we travel and transport goods in Europe. It is totally reshaping the future of mobility. It holds great potential to improve road safety, enhance social inclusion by making transport more accessible, ease traffic congestion and reduce emissions - not to mention to give drivers more freedom and comfort.”

With the new European Commission and Parliament now ready for its term of office, ACEA wants to further engage in a dialogue with all stakeholders who have a role to play in the gradual transition to fully autonomous driving.

To mark the launch of the dialogue, ACEA has published its ‘Roadmap for the Deployment of Automated Driving in the European Union’.

The roadmap contains a check-list for policy makers which details the legislative framework that must be put in place at the national, European Union and international levels, as well as a timeline outlining the steps towards deployment that must be undertaken over the coming decades.

They should also continue to perform large-scale and cross-border testing of automated systems on open roads across the European Union, according to ACEA.

Mr Huitema said: “Automated driving will bring massive changes, so it is crucial to ensure that society at large is ready for it. We must now work towards raising awareness amongst citizens - and their elected representatives - of what all this means.”

ACEA’s publication explains clearly and visually the terminology, benefits and implications of automated driving, as well as the research and development focus areas required.

ACEA’s ‘Roadmap for the Deployment of Automated Driving in the European Union’ can be downloaded at: https://www.acea.be/uploads/publications/ACEA_Automated_Driving_Roadmap.pdf