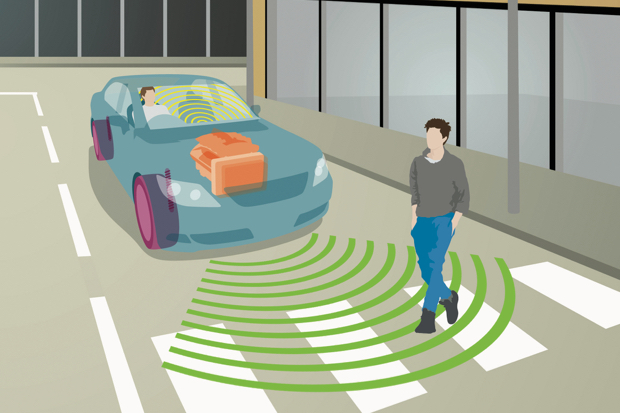 When is it being introduced?

What does it mean?

All new types of electric and hybrid vehicles must emit noise at speeds up to 12 mph.

Why it being introduced?

To prevent accidents by alerting road users that a vehicle is approaching. (EVs are known for being silent)

While some electric battery and plug-in hybrid vehicles are engineered with an in-built noise, many are not and that puts blind and partially sighted pedestrians and other vulnerable road users including children and cyclists at risk, according to campaigners. Furthermore, with sales of so-called 'silent vehicles' forecast to grow rapidly over the coming years that risk level is expected to increase.

The introduction of European Union 'Regulation on the Sound Level of Motor Vehicle' legislation on July 1 means that from that date all new 100% electric and plug-in hybrid models when running in electric mode must be fitted with a so-called Acoustic Vehicle Alerting System (AVAS) with a minimum sound level of 56dB; equivalent to the sound level of an electric toothbrush or paper shredder.

The main reason for its implementation is to warn pedestrians and cyclists, and especially the blind and poor-sighted, of the presence of an almost silent vehicle at low speeds (up to 20km/h or 12.5mph). The sound is also emitted when a vehicle is reversing.

Until now AVAS in plug-in vehicles has not been mandatory, but is fitted as an option by some motor manufacturers. Furthermore, most cars with AVAS have a pause switch, allowing a driver to disengage the 'noise'.

But from July 1 all new type approvals of electric vehicles and plug-in hybrids must include AVAS and the option of a pause switch will be abandoned.

Rajus Augustine, senior director product strategy and planning, car audio at Harman, which has developed its own AVAS system and helped a number of motor manufacturers adopt the technology ahead of the deadline, said its system created a specific sound that was projected from speakers positioned at the front and rear of a vehicle. Speed and throttle position sensors then determined the volume and characteristics of the signal warning people of an approaching vehicle.

He said: "Given the ever-increasing number of electric and plug-in hybrid vehicles on the roads, the risk to pedestrians, cyclists and vulnerable groups has risen exponentially over the years. AVAS technologies offer an effective way of increasing pedestrian awareness of an approaching electric vehicle in noisy urban environments."