Some of the UK’s most popular fleet cars are among those most susceptible to keyless theft - also known as relay attack - that has become a popular modus operandi for thieves in recent years. 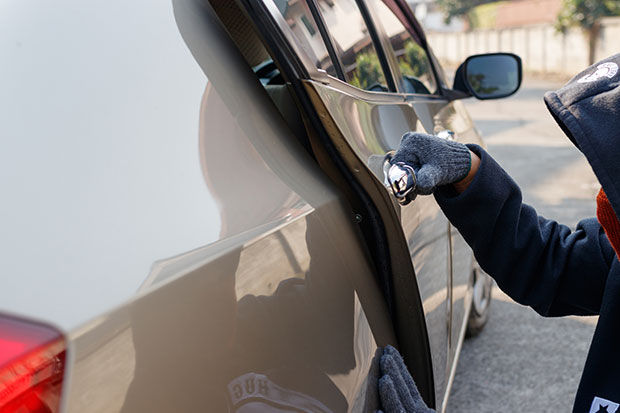 How does is relay car theft (keyless theft) work?

Any car which has keyless entry is vulnerable to this form of attack. A study has revealed that the most popular company cars (Ford Fiesta, Volkswagen Golf, Nissan Qashqai and Ford Focus) are susceptible to keyless theft.

The Which? study of research from the General German Automobile Club (ADAC), which tested 237 keyless cars and found all but three of them - the Land Rover Discovery and Range Rover and the Jaguar i-Pace - were susceptible to the relay attack, including four of the UK’s five best-selling cars.

All popular company cars they were the Ford Fiesta, Volkswagen Golf, Nissan Qashqai and Ford Focus. Only the Vauxhall Corsa among the UK’s five top-selling cars was deemed safe from such attacks, because it was not available with keyless entry and start.

Which? said that car makers had sacrificed the security of scores of modern cars for the sake of convenience. Furthermore, with the number of cars being stolen on the rise, it demanded that manufacturers did more to make their cars more secure.

Harry Rose, editor of Which? Magazine, said: “With more than one car being stolen every seven minutes, it’s important that people can feel confident in the security of their vehicle. The fact that so many cars on the road are susceptible to keyless theft simply isn’t good enough. We want manufacturers to up their game when it comes to making their vehicles safe from theft.”

Vehicle tracking company Tracker said that 88% of all stolen vehicles it recovered in 2018 were stolen without using the owner’s keys - confirming that keyless theft was not just a threat, but a very harsh reality.

Clive Wain, head of police liaison at Tracker, said: “Car theft is much lower than it was 30 years ago, but it’s on the rise again, with some pointing the finger at keyless technology. This is supported by our own data.

“Vehicle security should be multi-layered and shouldn’t just rely on a keyless security system. Traditional physical barriers, such as crook locks and wheel clamps can help deter thieves, but in the event of a car being stolen, vehicle tracking technology plays a powerful role in outwitting thieves. Investing in a tracking device won’t stop a car being stolen, but it can significantly increase the chances of police locating it and returning it to the rightful owner.”

Motor manufacturers typically told Which? that they took car theft seriously and that they were constantly looking for ways to make vehicles more secure.

Additionally, as of January 2019, new cars should start to be better protected thanks to new criteria in the New Vehicle Security Assessment. Richard Billyeald, chief technical officer at Thatcham Research, the UK body responsible for vehicle safety and security, said: “The new criteria will highlight the additional risk of vehicles susceptible to these attacks, and incentivise carmakers to introduce measures that secure their vehicles against electronic compromise.”

To seal cars without a key, thieves use so-called ‘relay’ boxes - one near a car and the other near where the car key is kept. That has the effect of lengthening the signal produced by the key, fooling the car into thinking the key is close by. The thieves can then open and start the vehicle, and drive it away.

For more information and tips on protecting your car contact us today.