Motorists face a £100 fine and three penalty points on their licence if they are detected by cameras of driving in closed motorway lanes designated by a red X. 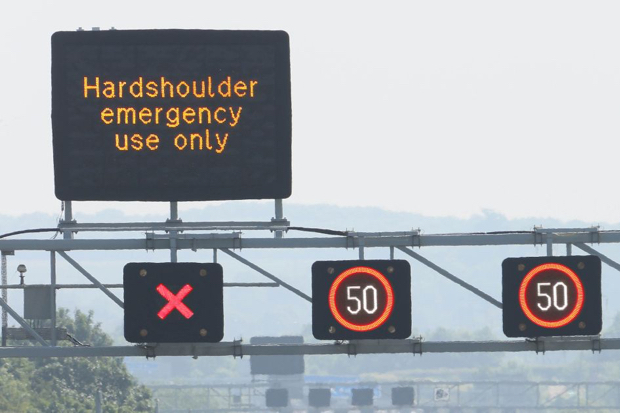 The penalties apply on smart motorways, which is when the hard shoulder is used as either a permanent or part-time running lane.

Until now motorists driving in closed lanes were only fined if they were caught by a police officer at the time of the offence. It has been reported that Highways England has also issued more than 180,000 warning letters to drivers who have ignored red X signs since the beginning of 2017.

However, introduction of the Road Traffic Offenders (Prescribed Devices) Order 2019 now means motorway cameras are able detect drivers who use lanes with a red X, which signal that a lane is closed and must not be used.

Neil Worth, road safety officer at road safety and breakdown organisation GEM Motoring Assist, said: "Red X signs are often displayed well ahead of a motorway incident, as they help ensure that emergency vehicles can reach the incident. Someone might be stranded in that lane, or there may well be emergency or recovery workers assisting at a collision or a breakdown. That's why using a motorway lane with a red X is not only illegal but also very dangerous."