Investigation of a vehicle's telematics data was critical to a police investigation that led to a driver being jailed for three years and four months after killing a pedestrian. 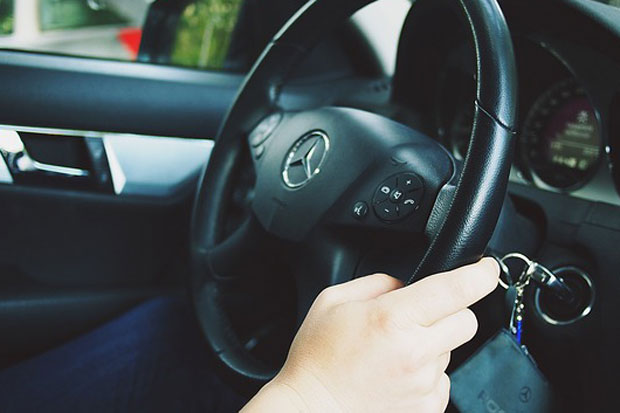 Omar Tariq pleaded guilty at Wolverhampton Crown Court after a blend of concerted police work and telematics data expertise from anti-motor fraud experts, Asset Protection Unit (APU), proved he was speeding, and that he switched seats with his girlfriend after the collision.

Tariq (31) was adjudged to have killed a pedestrian near Quinton, Birmingham after speeding along Hagley Road West and hitting Peter Price (39) on Saturday, 29 November 2014. Tariq failed to stop and drove a further third of a mile before calling the police.

Neil Thomas, director of investigative services at APU, said: ‘The expert evidence we were able to supply helped provide the court with the exact speeds being driven which were well in excess of the speed limit. I’m glad we have been able to collaborate with the police to ensure the correct sentencing of a serious crime, and I hope play our part in helping to afford Mr Price’s family some justice.

‘When the police can work alongside the private sector, we can achieve exceptional results. However, a lack of resources means police forces face a technology skills gap – telematics experts are required to generate the evidential data required.

‘APU has a unique pool of resources and knowledge which allows it to interpret complex data generated by telematics systems. This can help both victims of motor crime and innocent motorists.

‘APU’s team of telematics and anti-fraud experts is increasingly utilised by police forces across the country, as police often lack the resources and skills to interrogate telematics data and package it into usable evidence in court.’

The investigation highlights how in-vehicle telemetry, which records a wealth of data including the position of vehicles, speed of travel, vehicle performance and drivers’ behaviour, can be utilised in numerous ways.

Last year, Activa Contracts announced a partnership with Ashwoods Lightfoot® to give customers access to the UK’s leading in-cab driver behaviour system, which is already fitted to thousands of fleet vehicles.

Billed as ‘the next evolution in vehicle telemetry’, the sophisticated in-vehicle driver behaviour technology is seen as a key tool by Activa Contracts to not only help fleet managers meet occupational road risk management obligations, but to cut overall operating costs.

Originally Tariq, a customer service agent from Stourbridge, claimed that he was not driving his girlfriend’s courtesy car, a white Mercedes E250 convertible, at the time of the incident. In his police interview, Tariq further claimed that he had been driving towards Birmingham to collect his sister from work, and ‘wasn’t speeding or doing ridiculous speeds’.

However, the telematics device in the car allowed APU to ascertain Tariq was, in fact, lying. By interrogating the data generated by the technology within the vehicle, APU said it was able to provide clear-cut information suitable as evidence in court.

The APU team, led by a team of former police officers, was able to review the vehicle’s telematics system to establish a precise timeline of events before and after the crash. The data available from the incident proved unequivocally that the Mercedes was speeding at 61 mph on the road with a 40 mph limit at the time of the incident. The analysis established detailed information about almost every input the driver made while at the wheel.

Police also proved that Tariq was driving the car, as he pulled in further down the road to switch seats with his girlfriend. Tariq was not permitted nor insured to drive the vehicle.

His girlfriend, Parvinder Ubhi (23), a health and safety officer, was prosecuted for permitting use of the vehicle without valid insurance and obstructing the police in its execution of its duty by falsely claiming she was driving.