The Government has been warned that a failure to support the fleet sector with a 'fair and consistent' company car benefit-in-kind tax regime would 'seriously threaten' its attempts to decarbonise road transport.

The stark warning comes from the British Vehicle Rental and Leasing Association (BVRLA), of which Activa Contracts is a member, in its response to the Government's review into the impact of the Worldwide harmonised Light vehicles Test Procedure (WLTP) on company car benefit-in-kind tax and Vehicle Excise Duty.

The closing date for submissions to the review is Sunday (February 17). Chancellor of the Exchequer Philip Hammond is expected to indicate the 'direction of travel' on any changes to the existing company car benefit-in-kind tax and Vehicle Excise Duty regimes in the government's Spring Statement on Wednesday, March 13. That is likely to be followed by a consultation on the technical legislation when it is published in July with any changes due to be introduced on April 6, 2020.

The BVRLA has called on the Government to back fleets and future company car demand by:

The BVRLA said that as company cars were invariably the most fuel-efficient and lowest-emission on the roads as they featured the very latest engine technology they played a crucial role in decarbonising the overall UK car parc, including the used market when they were defleeted.

The organisation cautioned that recent hikes in benefit-in-kind taxes, when combined with WLTP-related uncertainty and a lack of visibility on future rates beyond 2021, had already led to more employers and employees opting out of the company car market.

In most cases, said the organisation, staff ended up driving a more polluting personal lease or 'grey fleet' vehicle. As a result, some of the fleet industry's recent progress in reducing vehicle CO₂ was already being reversed. If the government failed to manage the impact of WLTP-based company car tax that trend would only accelerate, said the BVRLA. 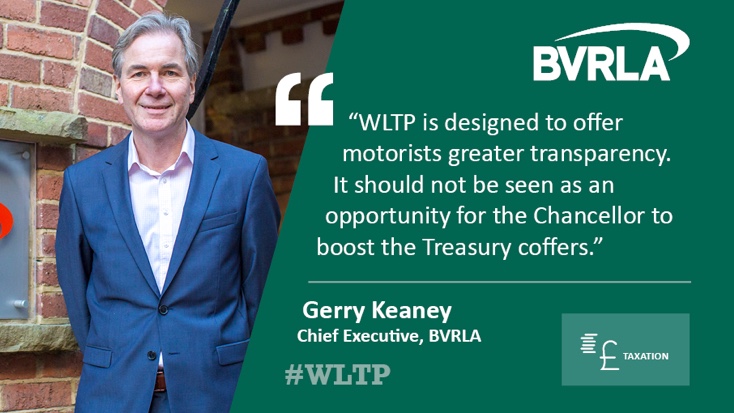 BVRLA chief executive Gerry Keaney said: "Our members buy nearly 1.6 million cars each year and are responsible for most ultra-low emission vehicle registrations. Most policymakers recognise the vital part that these fleets will play in delivering the Government's flagship 'Road to Zero' and 'Industrial Strategy'.

"We need HM Treasury to acknowledge and support the fleet sector's role by providing a fair, consistent and well-signposted tax regime."

"WLTP is designed to offer motorists greater transparency. It should not be used as an excuse to boost HM Treasury coffers. Without making the necessary WLTP-related vehicle tax adjustments, the Chancellor will be simply abusing his position by opportunistically raising taxes and punishing already hard-pressed families and businesses."