'Britain Works on Tyres' is the slogan of a new campaign that aims to encourage fleet operators and drivers to conduct regular tyre safety checks and consider how much load is being carried and avoid van overloading. 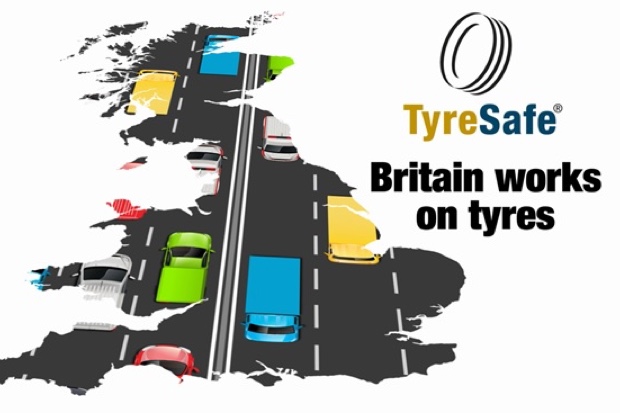 In their latest campaign, TyreSafe want to remind van drivers to:

What's the reason for this campaign?

Launched by TyreSafe, the UK's tyre safety charity, the campaign focusing on van tyre safety comes with a record more than four million vans on Britain's roads, 60% more than in 2000, and they clock up over one billion miles a week.

Overloading is the most common offence identified in roadside checks by Driver and Vehicle Standards Agency enforcement officers and can result in fines of more than £800. Overloading also accounts for 70% of prohibition notices on light commercial vehicles thereby removing vans from the road and damaging businesses in terms of the service they provide.

What's more overloading might not only interrupt van operations, it's also dangerous. If the van is heavier than it was designed for, it'll be unstable and puts extra stress on tyres. The excess weight, says TyreSafe, then changes a tyre's shape, leading to a build-up of heat when a van is being driven. When that happens, the tyre can have a catastrophic failure.

A van's maximum permissible weight is detailed in manufacturer's handbook, along with the tyres' appropriate load index - a two or three digit code which relates to how much weight it can safely carry. Fleet operators and drivers, says TyreSafe, should always ensure tyres have the right load index for the van.

Tyre pressure must also be correctly adjusted for the load. It's not only safer but improves van fuel consumption and reduces carbon dioxide (CO2) emissions, which is good for both business and the environment. Tyre pressures might also be displayed inside the fuel filler cap or on a plate on the front door sill.

When checking tyre pressures, attention should also be paid to the general condition of tyres, according to TyreSafe. Most vans, says the charity, encounter pot holes and 'bumps' on journeys that can seriously damage tyres. Consequently, each tyre should be inspected for 'lumps' tyre technician, cuts or anything out of the ordinary, which, if discovered should be inspected by a professional.

Stuart Jackson, chairman of TyreSafe, said: "'Britain Works on Tyres' but those tyres need regular maintenance. TyreSafe hopes that by sharing this message with van drivers we can help affect a change in attitude among them to consider their safety, and the safety of others, on the roads as their first priority."