Activa Contracts has become one of the first companies in the country to support a new campaign to raise awareness of mental health among van drivers. 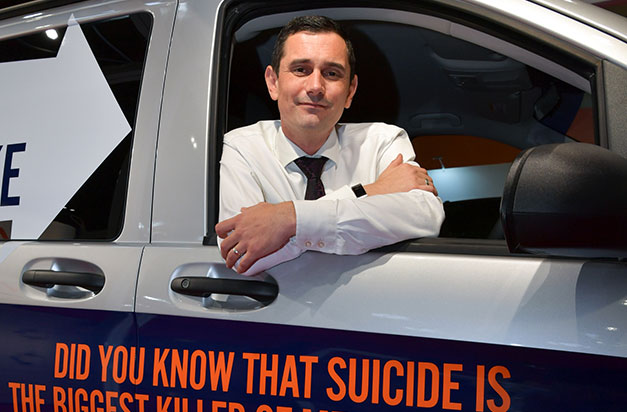 The contract hire and leasing company is a partner of Van Excellence, the industry-led scheme promoting the safe and proper operation of vans, which is administered by the Freight Transport Industry (FTA).

Suicide is now the biggest killer of men under the age of 45 in the UK so to raise awareness of the issue and provide help and support for those who could be suffering, Van Excellence has launched a campaign in partnership with charity CALM (Campaign Against Living Miserably).

The campaign aims to address the stigma around mental health and raise awareness of the resources available for men, many working as drivers, who could be uncertain of where to obtain help and advice. It is believed that many of those who take their own lives struggle with mental health issues and suffer in silence for fear of isolation, ridicule or lack of support from those around them.

With one in five van drivers describing their current mental health as poor or very poor, the scheme, sees Activa Contracts and other vehicle hire and leasing companies offering support packs and information to all customers.

Crafted by Van Excellence in association with the charity’s key advisers, the packs promote CALM’s support services and are available to all those leasing through Activa Contracts.

Mark Cartwright, head of vans and light commercial vehicles at the FTA, said: “When I heard suicide is now the biggest killer of men under 45, I was moved to take action. Van drivers often operate in highly pressured and lonely environments, and the combination of tight deadlines and isolation can lead to stress, exhaustion and poor nutrition.

“Van Excellence is committed to improving the wellbeing of all its drivers. We’ve been overwhelmed by the positive reaction from the industry; we’re so grateful to our first partners for joining us on this journey and we look forward to welcoming more partners on board.

“Too often, individuals suffer in silence and we hope this campaign will help overcome the stigma associated with this illness and provide much-needed support.”

Simon Gunning, CEO of CALM, said: “The work Van Excellence is doing to support drivers is outstanding and we’re delighted to be partnering with them. We believe the packs distributed to drivers will start plenty of conversations - some of which might just be lifesaving - so we’re proud to be getting the CALM message out across this community.”

Van Excellence was created in 2010 to promote the safe operation of vans, represent the interests of the sector, and celebrate operators demonstrating excellent standards. Central to the scheme is the Van Excellence Code, a set of minimum best practice standards all van operators should aspire to achieve, covering safety, efficiency and sustainability. For more information on Van Excellence, including how to join the scheme, click here.

For more information on the campaign and to obtain the packs email info@vanexcellence.co.uk or call 03717 11 22 22.