Government to increase hand-held mobile phone use penalties when driving

A get-tough policy on handheld mobile phone use when driving has been outlined by the government in a bid to improve safety on Britain's roads. 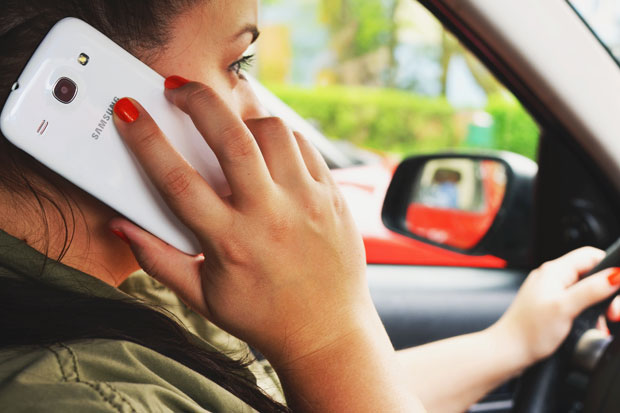 Its new road safety statement sets out its vision, values and priorities for improving road safety and also includes a focus on the promotion of good practice in safer fleet management and occupational road safety.

The government says it is committed to investing in national road safety explaining that safer roads and safer road users saved lives, but they also helped to reduce pressure on the NHS and emergency services, kept traffic moving and, as a result, aided economic growth.

In respect of handheld mobile phone use the proposals are:

In a statement the Department for Transport echoed the RAC’s view that in-car mobile phone use was ‘one of motorists’ top concerns’.

The road safety statement will be followed shortly by a more detailed consultation and impact assessment on the increased penalties for hand-held mobile phone use when driving.

RAC said it broadly welcomed the tougher government line on illegal mobile phone use when driving, but it doubted how effective it would be without a corresponding focus on enforcement.

A spokesman said: ‘There is a degree of scepticism about whether tougher penalties will lead to a change in behaviour. The majority of drivers believe there is little chance of being caught for motoring offences other than speeding where they recognise that speed cameras are an effective means of enforcement.

‘Our research shows that motorists would rather see more consistent application of existing laws than higher penalties for the likes of mobile phone use. Almost eight in ten (79%) say there is no point in increasing fines or penalties unless there is effective enforcement.’

Road safety charity Brake said it supported the proposals for tougher penalties, but believes they do not go far enough, especially as many first-time offenders will be offered educational courses instead.

Brake has suggested increasing fines to £1,000, to provide a stronger deterrent, and for handsfree phones to be included under the ban, in line with research showing the distraction dangers they also cause.

Meanwhile, the government also said that with around a third of road-traffic collisions involving a person at work, there was more that could be done by working with industry to support and promote good practice in safer fleet management and occupational road safety.

The government said it would start the process by evaluating existing safer driving for work schemes to understand what worked, with a view to promoting existing good practice to employer networks and other occupational drivers.

That, it said, could include, but need not be restricted to, the use of telematics products, company reporting on collision rates, effective employee intoxication policies, procurement of safer vehicles and consideration of good practice relating to vehicle design and driver training. It could also include consideration of driving techniques and behaviours which were not only safer but also more fuel efficient.

Procuring vehicles with modern safety features not only benefited the safety of the people who drove them for work, but also accelerated the rate at which safer vehicles entered the second-hand car market.

The road safety document explains: ‘As part of this work, we see great potential for collaborating with the vehicle leasing sector as it accounts for one tenth of cars and up to one quarter of HGVs on our roads. We will also work with fleet buyers to encourage faster take-up of the latest safer designs.’