The government is planning to make changes to driving licence and Operator Licence rules to encourage the increased uptake of electric vans by fleet operators. 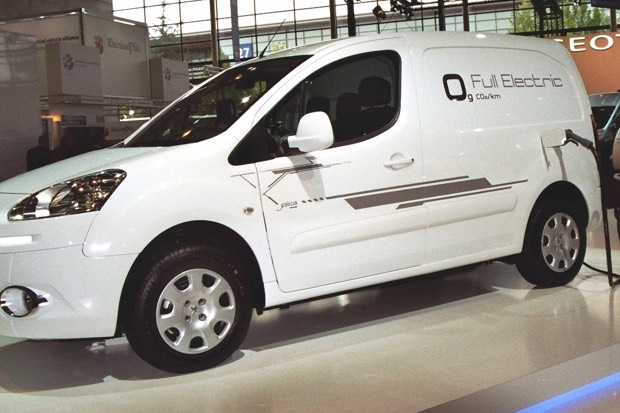 The Department for Transport has launched a consultation that outlines proposals to:

A total of 3684 plug-in vans have been registered with grant support since the financial initiative was introduced in 2012 (figure is up to June 30, 2017), according to data from the Society of Motor Manufacturers and Traders. In the first six months of 2017, 551 models were registered – accounting for 0.29% of light commercial vehicle registrations – compared with 494 vans in the first six months of 2016. To date, no plug-in vans above 3.5 have been registered and so benefit from extended grant support, which was launched late last year.

With government ministers and local authorities focused on improving air quality by reducing vehicle emissions, weaning fleets off predominantly diesel vans and switching to electric models is viewed as critical.

As a result, the government said in launching its consultation document: ‘Vans spend much of their time completing driving routes around our towns and cities and over 96% of them are diesel powered. The UK government wants to support the continued contribution of vans to the economy whilst also reducing their environmental impact. One way of achieving this is to encourage the uptake of cleaner fuels in our delivery vehicle fleet.’

The proposed driving licence changes would allow category B (car and van) licence holders to drive a slightly heavier vehicle, if it was powered by a low emission technology, by offsetting the additional weight of the powertrain.

The Department for Transport said that would help compensate for lost payload capacity due to the added weight and size of alternative fuel technologies, which in electric vans means batteries, thus delivering a so-called ‘payload bonus’.

The threshold for moving from a category B (car and van) licence to a category C1 (lighter goods vehicle) licence is currently 3500kg maximum authorised mass. But the government is proposing increasing that to 4250kg.

Following representations from van manufacturers, the government is also consulting on a similar weight exemption from Operator Licensing requirements for alternatively-fuelled vans used for own account haulage. That would help operators to avoid becoming subject to the full ‘O’ Licence regime if they invested in cleaner but slightly heavier vans up to 4250kg.

Similar laws already apply in France, Germany and Italy, and there is vehicle manufacturer optimism of change, which would allow electric vans to carry an extra 350–400kgs payload, thus overcoming the 3.5 tonne handicap.

The weight that an electric vehicle can carry is frequently lower than petrol or diesel vans due to the weight of the batteries; 5-15% for a small van and up to 25% on a large panel van.

Simultaneously, van manufacturers are working on reducing both the weight and size of batteries to increase payload.

Additionally, the government is proposing to correct a regulatory anomaly, which means that electric vans are currently exempt from MOT testing. The consultation runs until 18th October. The government hopes to introduce the regulatory changes from sometime next year.