Drivers need to understand their responsibilities behind the wheel as advances in technology mean cars can do more and more independently, the Association of British Insurers (ABI) has warned. 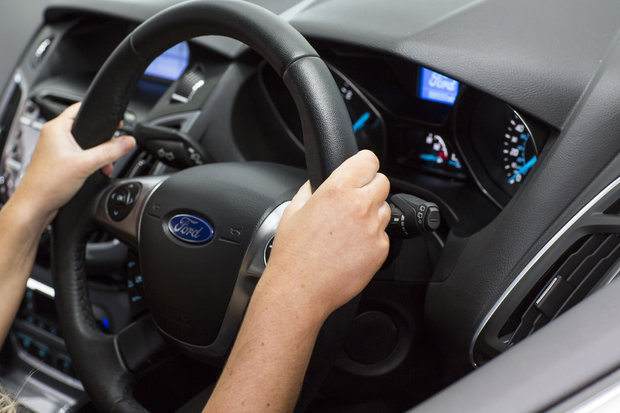 The arrival of automated vehicles will transform driving, reducing both congestion and crashes, but there is a danger some accidents could be caused by motorists thinking they can stop paying attention to the road before the technology is sufficiently advanced, says the ABI.

James Dalton, ABI director of general insurance policy, said: ‘Automation could be the biggest breakthrough in road safety since the invention of the seatbelt and insurers fully support its development. However we need to get there safely.

‘The growth in features like automatic braking and lane assistance systems may give drivers a false sense of security that they can relax while their car looks after them. But unless a vehicle is fully automated and able to respond appropriately in an emergency, drivers still have to be ready to take back control at a moment’s notice.’

From 2018 updated regulations are expected to allow some limited hands-off driving on motorways for vehicles with advanced safety systems. In the event of something going wrong, it is likely motorists will have only seconds to respond.

Fully automated vehicles are only likely to be on the roads sometime after 2021. They will be able to complete whole sections of a journey under their own control and should be able to respond safely, without driver intervention, in an emergency.

Only when vehicles are fully automated should drivers consider themselves completely free to do other activities behind the wheel, says the ABI.

Peter Shaw, Chief Executive at Thatcham, the motor insurers’ research centre, said: ‘Automated vehicles have the potential to transform our roads, reducing congestion and crashes. The first truly automated vehicles, where the driver is able to hand over control in a specific situation such as on the motorway, won’t be on the roads until sometime after 2021.

‘In the meantime, it’s important that we do everything possible to minimise the risk of crashes. The danger is that as technology develops, and drivers become more confident, they will start to use it in conditions it has not been designed for.

‘Our clear message is that until 2021, drivers need to stay on the ball and observe the rules of the road. If they’re unclear on the functionality of any feature on their car, then check with the vehicle manufacturer or dealership.’

The ABI and Thatcham Research have established an Automated Driving Insurer Group which brings together 13 leading insurers to look at how key questions relating to automated driving, such as on insurance and liability, should be addressed.

Meanwhile, the multi-billion pound motor insurance industry faces a period of radical restructuring as a result of the advent of autonomously driving cars, with the number of crashes set to drop by 80% by 2035 and insurance premiums set to plummet, a high-level panel discussion organised by Volvo Cars and Thatcham Research heard this week.

Industry research has calculated that autonomous drive technologies could wipe $20 billion off insurance premiums globally by 2020. At present, motor insurance generates 42% of all non-life gross premiums, the largest single slice of global premiums.

Volvo Cars believes that the insurance industry will have no choice but to react to the seismic challenges to its existing business model.

‘The medium-to-long-term impact on the insurance industry is likely to be significant. But let’s not forget the real reason for this - fewer accidents, fewer injuries, fewer fatalities. Autonomous drive technology is the single most important advance in automotive safety to be seen in recent years,’ Hakan Samuelsson, President and Chief Executive of Volvo Cars, told a London seminar entitled ‘A Future with Autonomous Driving Cars - Implications for the Insurance Industry’.

Mr Shaw told delegates at the event sponsored by Thatcham and Volvo: ‘Vehicle manufacturers are predicting that highly autonomous vehicles, capable of allowing the driver to drop ‘out of the loop’ for certain sections of their journey, will be available from around 2021. Without doubt, crash frequency will also dramatically reduce.

‘We’ve already seen this with the adoption of Autonomous Emergency Braking (AEB) on many new cars. Research in the United States by the National Highway Traffic Safety Administration predicts that by 2035, as a result of autonomous and connected cars, crashes will be reduced by 80%. Additionally, if a crash unfortunately can’t be avoided, then the impact speed will also drop as a result of the system’s performance - reducing the severity of the crash.’