Only around one in ten motorists surveyed (13%) would plan on informing their employer if they received points on their driving licence in the future, according to an RAC Insurance survey. 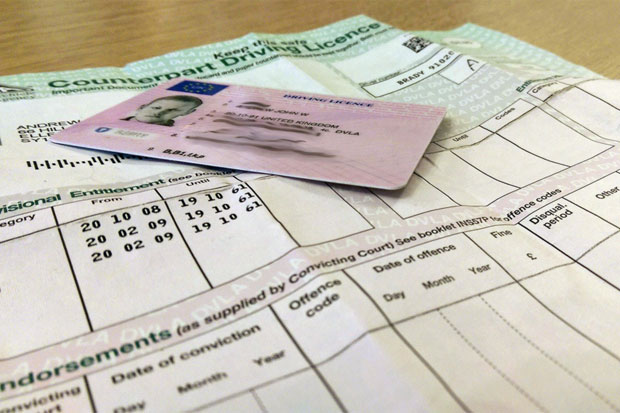 The finding came as the RAC said that if a motorist drives as part of their job, they might be expected to declare any penalty points, with some employers demanding a full, clean licence depending on the occupation.

The survey also found that nearly a fifth of motorists (18%) would not inform their insurer if they picked up penalty points while driving - potentially putting nearly seven million drivers at risk of holding invalid insurance, as well as future prosecution.

The data also showed that a quarter (25%) of motorists surveyed who already had penalty points did not inform any organisation when they received them.

Whether they did that knowingly or unwittingly, it effectively meant more than 700,000 motorists could now be driving without valid car insurance, according to RAC Insurance.

The implications of not declaring penalty points are serious with motorists risking having a worthless insurance policy and hefty penalties from the police. If they were to be involved in an accident they could then face further penalty points, an unlimited fine and be disqualified from driving. The police could also seize and potentially destroy the uninsured vehicle.

Problems could also arise should a driver need to make a car insurance claim for any other reason - an insurer could point blank refuse the claim, cancel or void the policy or immediately increase the premium. If the policy is cancelled or voided that could also affect a motorist’s ability to take out insurance with other providers.

RAC Insurance director Mark Godfrey said: ‘Our research points to one of two likely scenarios: either motorists are simply forgetting to inform the relevant authorities when they receive points, or they are intentionally not telling them in order to keep their insurance premium lower.

‘In either case, the result is hundreds of thousands of drivers on our roads who are effectively uninsured by default. This could have very serious, and indeed costly implications should they be involved in an accident, and could cause no end of problems should they need to make an insurance claim themselves.’