An increasing number of fleets of all sizes must ‘be bold' and see the benefits that plug-in vehicles deliver, according to Transport Minister Andrew Jones, as a new fleet guide to the segment was launched. 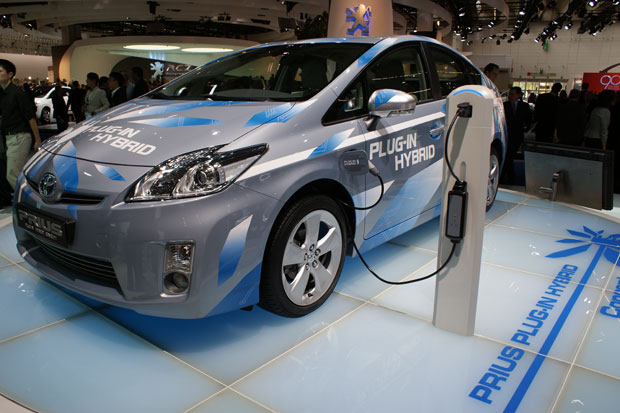 The corporate sector is spearheading growth of the UK ultra low emission vehicle (ULEV) segment accounting for almost two-thirds of close on 21,000 car sales in a market that is currently the fastest growing in Europe. In the first nine months of 2015 registrations were up almost 140% to take just over a 1% market share.

The challenge now, according to Mr Jones, whose comments came at a Go Ultra Low-hosted automotive summit on ‘The Future of Business Mobility’, was to accelerate sales so that by 2020, ULEVs composed 5% of new car registrations (around 100,000 units). By 2040 the aim is that all new cars sold in the UK will have zero tailpipe emissions.

Acknowledging that such targets were ambitious, Mr Jones nevertheless said they were achievable because: ‘Green fleets don’t just enjoy financial incentives and tax breaks. They also project a positive corporate image to the outside world.’

Highlighting that a new business guide to plug-in vehicles published to coincide with the summit – and containing comments from Activa Contracts’ managing director Ian Hill – showed company car drivers ‘loved’ ULEVs, Mr Jones said: ‘More must be done by UK businesses to spearhead growth of the UK plug-in vehicle market. We need more electric vehicles on the road and, as agents of change, UK businesses must lead the way.

‘Company fleet decision-makers are discovering that running electric vehicles no longer requires compromise - they project a positive corporate image, so important in today’s society, and are good for the bottom line.’

Go Ultra Low data suggests the potentially higher list price of electric vehicles, when compared with conventionally powered cars, is more than offset by other benefits. They include an approximate 8–10p per mile fuel saving, an estimated 20–30% saving in service, maintenance and repair costs and Vehicle Excise Duty and Class 1A National Insurance benefits. What’s more company car drivers can save themselves more than £1,000 a year in benefit-in-kind tax by going electric.

Furthermore, data revealed at the summit highlighted that running a BMW i3 over four years/60,000 miles would deliver a potential saving of £58 a month over rival, non-electric models, amounting to £2,784 over a four-year operating cycle. Multiply that by a fleet of just 10 cars and the savings escalate to almost £28,000 over four years. Similarly with the Nissan LEAF, the monthly savings compared with the conventionally aspirated competition are £105 a month. That equates to more than £5,000 over a four-year operating cycle and £50,400 on a fleet of just 10 cars.

What’s more, Rupert Pontin, head of valuations at used vehicle experts Glass’s, told the summit that as ULEV demand strengthened model depreciation curves would be comparable to petrol and diesel values in the next three years adding: ‘In five years’ time there is a good chance that ULEVs will be leading the field in certain market sectors.’

There are 27 pure electric or plug-in hybrid cars and nine vans, now available to buy in the UK, with the variety of vehicles ranging from high-performance sports cars to capable models ideal for business use.

Additionally, vehicle choice is set to further expand with motor manufacturers queuing up to introduce new ULEVs to the UK market, while exciting new fuel sources, such as hydrogen, and technological breakthroughs designed to extend vehicle range and revolutionise charging are also being delivered.