A national network of clean air zones and an increased number of electric vehicle recharging points are among government proposals to improve air quality across UK towns and cities. 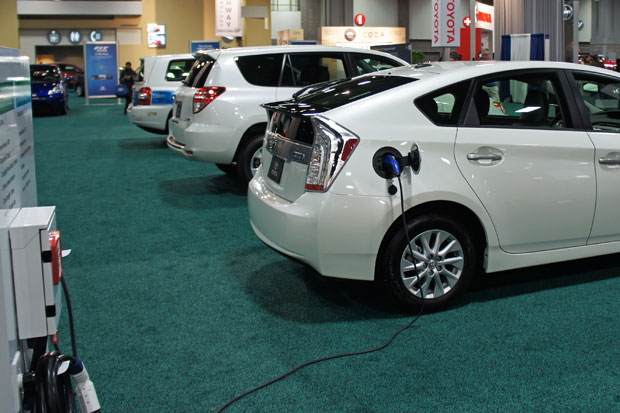 The proposed zones would restrict access to the most polluting diesel cars and commercial vehicles across urban areas.

The Department for Environment, Food and Rural Affairs has published a consultation document seeking views on what local and national action can be taken to improve air quality and meet European Union required standards.

Addressing transport emissions, including through accelerated electrification, is at the core of the government’s air-quality plan, which includes the nationwide roll-out of clean air zones or low emission zones, as already seen ringing London with an Ultra Low Emission Zone (ULEZ) due to be introduced in the capital’s centre in September 2020.

Although individual local authorities will be left to decide whether to introduce clean air zones in their respective areas, the government intends to develop a framework that will provide clarity and consistency as opposed to the current city-by-city approach.

The framework is due to be published in early 2016 and is expected to clarify access standards for cars, vans, HGVs, buses, coaches and taxis.

That could mean that fleets will have to adapt their car and commercial vehicle replacement strategies to take account of clean air zone vehicle eligibility or pay to access designated areas as with the forthcoming London ULEZ, which is geared towards Euro6-compliant diesel and Euro4-standard petrol vehicles.

Consistency in establishing a national clean air zone framework was called for by the British Vehicle Rental and Leasing Association in a five-point strategy published earlier this year to reduce nitrogen dioxide (NO2), which belongs to a family of highly reactive gases called nitrogen oxide (NOx), across the UK.

The continuation of incentives to further encourage demand for ultra-low-emission vehicles (ULEVs), including more electric vehicle recharging points nationwide and the promotion of electric vehicle use, is also critical to the air quality clean-up, according to the document.

The government must submit its new plans for improving air quality to the European Commission by December 31st, 2015.

Environment Secretary Elizabeth Truss said: ‘Clean air is vital to our health and our environment and for making sure our cities are attractive places for people to live and work.

‘Our ambition is to make the UK a country with some of the very best air quality in the world – a cleaner, healthier environment will benefit both people and our economy.

‘Tackling air pollution is a priority for this government, and we want local authorities and members of the public to come forward and share ideas on action to be taken at local level to make our nation cleaner. From improving bus and taxi fleets to investing in cycling infrastructure and upgrading roads so they run more smoothly, we want to work with our great cities and help them make changes to become greater still.’

The consultation document can be accessed at https://consult.defra.gov.uk/airquality/draft-aq-plans.