Fleets capping company car choice lists at 110 g/km of CO2 could become the new norm over the next two years in readiness for a further tightening of capital allowance and lease rental restriction emission thresholds. 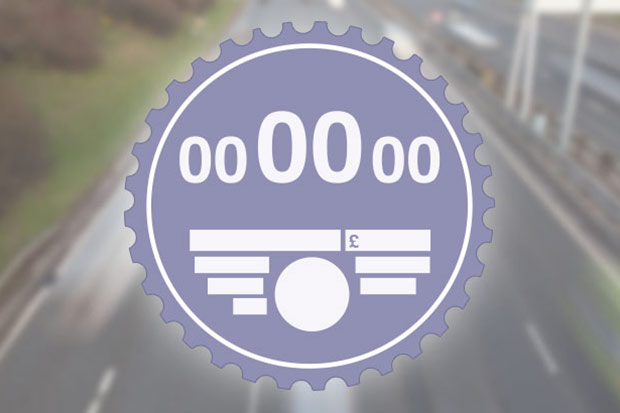 Chancellor of the Exchequer George Osborne announced in this month’s Budget that the main rate threshold for capital allowances for business cars, currently set at 130 g/km, will be reduced to 110 g/km of CO2 from April 2018.

Simultaneously, the CO2 threshold for the lease rental restriction, which is linked to the threshold for capital allowances for business cars, will also reduce from 130 g/km to 110 g/km.

The two-year window of notice of change given by the Chancellor enables fleet decision-makers to amend their existing company car policies or pay the price of not following the ‘green’ road.

The CO2 emission threshold tightening was described by Gerry Keaney, Chief Executive of the British Vehicle Rental and Leasing Association, as ‘unsurprising’.

The current emissions-based capital allowance and lease rental restriction regime was introduced in 2009 and focused around 160 g/km of CO2, before reducing to 130 g/km in April 2013.

Latest BVRLA figures show that thanks to the ever-increasing adoption of pure and plug-in hybrid electric cars as well as low-emission petrol and diesel vehicles, the average lease car added to a member fleet in 2015 emitted 112.6 g/km CO2, more than 7% less than the average new car registered in 2015.

At that rate of reduction, and with an ever-increasing number of plug-in and ultra-low emission vehicles (75 g/km and below) being launched by motor manufacturers, it can be anticipated that the average lease car will have emissions below 110 g/km before April 2018.

The BVRLA’s latest quarterly survey of leasing members, which includes Activa Contracts, found that almost one in 20 (4.7%) of all new leased cars registered in the final quarter of 2015 was a plug-in, well-ahead of the market penetration achieved across all new registrations, which stood at 1.3%. Additionally, more than 25% of lease cars now sit in VED band A (sub 100 g/km CO2).

Capital allowances on cars bought outright will be:

It follows that leasing companies, which are ineligible to claim 100% first-year writing down allowances on cars, will be restricted to 18% (0–110 g/km) and 8% (from 111 g/km) on a reducing balance basis.

Similarly, the CO2 threshold for the lease rental restriction which is linked to the threshold for capital allowances for business cars, will be reduced from 130 g/km to 110 g/km from April 2018.

A new online portal to help drivers appeal parking fines has gone live, an innovation that it is claimed will drastically accelerate the appeals process.

Currently, just 0.5% of people appeal to the Traffic Penalty Tribunal (TPT), which considers appeals against penalties issued by councils for parking, bus lane and moving traffic contraventions in England (outside of London) and Wales as well as penalties issued for failing to pay a charge at the Dartford River Crossing and the Durham City congestion charge, even though half of those who do have their fine overturned.

The new platform has been developed by TPT in partnership with Resolver, the UK online consumer complaints service, and empowers drivers with a simpler, more effective way to fight unfairly awarded tickets.

Two years ago ACFO held a seminar at which chairman John Pryor described the whole issue around motoring-related fines as ‘a legal, financial and HR administrative nightmare for fleet decision-makers and company car and van drivers alike’.

At the seminar Caroline Sheppard, TPT chief adjudicator, said the reason why many appeals against fines were not lodged was because the process was ‘all too complicated and bureaucratic’.

She highlighted that TPT was working on the launch of an online appeals process and promised: ‘The system will help make the whole process less bureaucratic and make appealing against Penalty Charge Notices easier.’

Drivers who receive a Penalty Charge Notice for parking or bus lane contraventions in England (outside London) and Wales will shortly be able to appeal the fine via their smartphone, tablet, laptop or PC, rather than the age-old and slow process of submitting paper copies in the post. They’ll also be able to upload videos and photographic evidence. The system also allows drivers to appeal fines for the Dartford Crossing and Durham congestion charge.

It also makes the process quicker and cheaper for the authorities that issued the fine, with independent adjudicators at the Tribunal able to decide cases within days rather than weeks.

Ms Sheppard said: ‘Getting a parking ticket can be a frustrating experience, but our new portal makes the appeals process quicker, simpler and more transparent, putting paid to the old adage that “the wheels of justice grind slowly”.

‘The platform has already generated considerable interest from other areas of the UK judiciary because it is fast, efficient, accessible and will bring cost savings to local authorities as well as simplifying the process for those appealing.’