Cost of ownership will remain a deciding factor when choosing fleet vehicles, but appearance and environmentally-friendly features are scoring highly, according to Kia Motors UK's new Fleet Market Attitudes 2015 report. 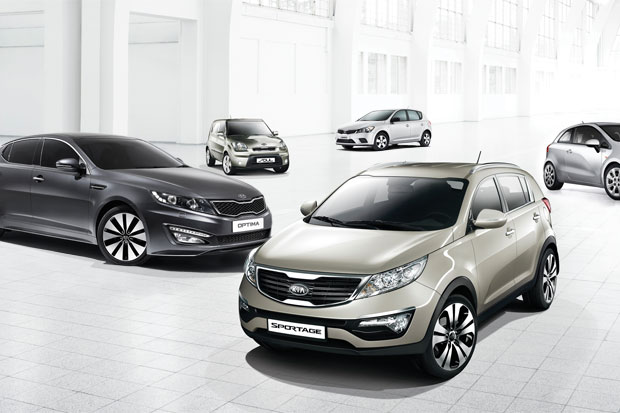 Tasked with the job of pleasing company car drivers, the top three reasons for survey respondents when choosing their most predominant fleet models were: Appearance (43%), environmental friendliness (42%) and fuel efficiency (32%).

According to fleet managers, the eco-friendly proportion of their fleet will increase to 42% in the next five years, reflecting the fact that being more environmentally friendly was just as important as the appearance of a vehicle.

The proportion of eco-friendly models on fleets would increase helped by improvement in infrastructure and increased familiarity, said Kia.

However, in order to consider changing their organisation’s entire fleet to eco-friendly models, fleet managers said they would want to see an average saving on fuel of £483 on each car per year. According to fleet managers asked, average fleet CO2 emissions were currently around 134 g/km.

Once the car was within the fleet the top reported method of working cost efficiently as identified by the sample of fleet managers was setting vehicle budgets per employee grade, followed by monitoring the total cost of ownership and setting KPIs associated to costs for the running of the vehicle. Meanwhile, 17% of respondents admitted budget worries when it came to servicing their fleet.

The new insights showed the importance of safety features such as all-round camera technology and lane departure warning, which ultimately helped to eliminate those incidents that businesses had to pay for, said Kia.

John Hargreaves, Head of Fleet and Remarketing at Kia Motors UK, said: ‘What our research clearly shows is that while cost efficiency is high on the fleet manager’s agenda, it might not always be the deciding factor when choosing cars for their fleet.

‘There are many things to consider outside of costs such as employee satisfaction and providing benefits that will attract new employees, and also the image the business may want to portray in their choice of vehicle. It is also interesting to see that eco-friendly features such as ISG (idle stop and go) and efficient engines are now as important as the appearance of the car.’

Meanwhile, nearly all (97%) UK fleet managers are confident in the country’s economic growth, with 71% agreeing that it affected their business.

Figures show that the UK’s current economic climate has had a positive effect on the fleet market, with the average company’s fleet size increasing by 4% in the last five years, and demand for fleet services increasing by 3% since last year.

With the UK economy experiencing a steady rate of growth, the UK car market is reporting a similar prosperity. The majority of the market’s growth has come from the corporate sector, which is up by 11% year to date, accounting for 53% of total volume.

When looking at challenges that fleet managers face, around half (49%) reported lack of time to handle all queries about their employees’ current company cars, with 24% admitting there was a lack of resource to identify the best vehicles for the fleet.