The illegal use of handheld mobile phones is at epidemic proportions with an estimated 11 million motorists admitting to making or receiving a call while driving in the last 12 months and a shocking five million saying they have taken photos or videos while at the wheel of a moving vehicle, according to new research. 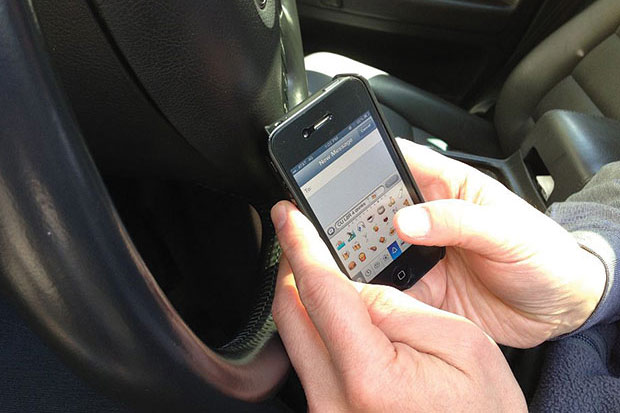 Data for the RAC’s Report on Motoring 2016 has revealed that for some, attitudes towards handheld mobile use have worryingly relaxed over the last two years.

In the wake of the research the motoring organisation has called for the government to invest in a high profile awareness campaign to highlight the danger of using a handheld phone at the wheel and to drive home the message that it simply won’t be tolerated.

Meanwhile, the government is planning a crackdown on motorists who use hand-held phones while driving with an increase in the penalties.

The government is due imminently to unveil the results of its consultation on higher penalties for handheld mobile phone use and it seems likely it will announce that the minimum fine will increase from £100 to £150 and three points will rise to four for non-HGV drivers and from three to six points for HGV drivers.

However, the RAC says that since the use of a handheld mobile phone while driving was made a criminal offence on December 1, 2003 drivers appeared to be taking ever bigger risks. Additionally, newer smart phones had the ability to distract in numerous other ways compared to those 13 years ago, it added.

The RAC says that the law and the penalty have failed to have the desired effect and the safety message has not got through to many, perhaps exacerbated by the lack of enforcement and the difficulty in catching offenders.

As a result, the RAC is calling for a ‘cultural change’ and investment in a high profile publicity campaign to drive home the dangers of using a handheld mobile phone at the wheel.

RAC road safety spokesman Pete Williams said: ‘There is clear evidence that the illegal use of handheld phones by drivers to talk, text, tweet, post, browse and even video call is, if anything, on the increase.

‘The use of handheld mobile phones is the biggest road safety concern among motorists today, and while the government is progressing the introduction of stiffer penalties, we call on all stakeholders to step up efforts to shift cultural attitudes and make the use of handheld mobiles phones as socially unacceptable as drink-driving.’

Extensive research indicates that drivers using a handheld mobile phone have reaction times 30% slower than those who had exceed the current drink-drive limit. Crash statistics from the Department for Transport also show that in 2014 a driver impaired or distracted by their mobile phone was identified as a ‘contributory factor’ in 21 fatal road accidents, 84 serious and 387 slight accidents in the UK.

What’s more evidence suggests that it is talking on a mobile phone that is a distraction when driving, not just holding a mobile phone. That draws into question the use of hands-free phones while driving, which is legal.

Shaun Helman, head of transport psychology at TRL (formerly the Transport research Laboratory), said: ‘Any task that involves holding a device, looking at it, and interacting with it during driving will adversely affect driving performance. Typical effects are drifting out of lane, erratic speed control and being less aware of what is around you, resulting in poor anticipation of hazards.

‘Simply speaking on a mobile phone can slow reaction times to sudden events, as much as being at the legal limit for blood alcohol in England. Interacting with social media is even more demanding than simply speaking. Drink-driving is socially unacceptable because the behaviour puts not only the driver, but other road users’ lives at risk. Choosing to be deliberately distracted from driving by tasks such as checking social media also puts other road users at risk and should also be seen as socially unacceptable.’