West Midlands Police is the first force in the country to proactively target ‘close pass' drivers who endanger riders. 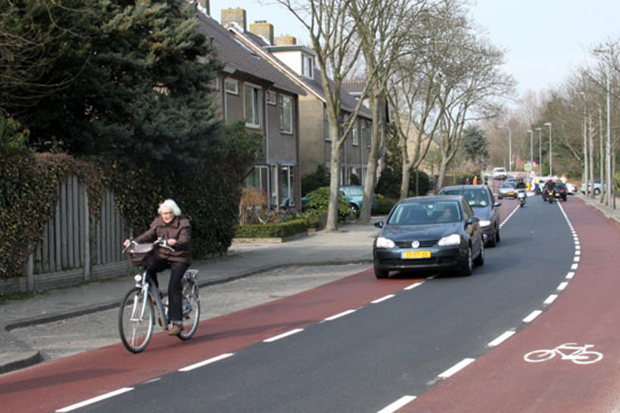 Rules of the road stipulate that motorists should give cyclists at least the same space as vehicles when overtaking.

Anyone encroaching inside that safe passing distance - widely considered to be a minimum of 1.5 metres - runs the risk of being prosecuted for driving without due care and attention.

Cyclists are among the UK’s most vulnerable road users and three years ago the number of cyclist fatalities in London involving HGVs – a disproportionate number of those being construction vehicles – led to the launch of CLOCS (Construction Logistics and Cyclists Safety) and the promotion of work-related road safety. Information is available at here.

Now West Midlands Police has launched an operation that sees officers saddle up on some of the region’s busiest routes, looking out for motorists who put cyclists at risk.

Police pedallers will radio the details of close-pass drivers for in-car colleagues to intercept at a designated holding point.

Drivers will be offered roadside education on safe overtaking, but repeat offenders - or anyone deemed to have driven dangerously close to a cyclist - can expect to be prosecuted and taken to court.

West Midlands Police traffic officer and cyclist, PC Mark Hodson, said: ‘As a police force we must do our utmost to protect vulnerable road users and show that anyone who puts them in danger through poor driving will be dealt with.

‘Cyclists may suddenly need to avoid uneven road surfaces or obstacles like drain covers so it’s important to afford them plenty of room when overtaking.

‘We know through our work with the Birmingham Cycle Forum that close passing is the single biggest deterrent stopping more people from taking to their bikes.

‘Some drivers get tunnel vision; their only focus is on getting from A to B as quickly as possible. They don’t pay any attention to vulnerable road users and we’ve attended some horrific scenes where cyclists have been wiped out by drivers who’ve not even seen them.

‘Drivers need to consider that a cyclist they are overtaking could be a police officer - and if they don’t pass them safely they could be prosecuted.’

Between 2010 and 2014 there were 530 people killed or seriously injured in crashes in the West Midlands involving bicycles; the vast majority (84%) of those were riders colliding with cars.

West Midlands Police ran four test days last month ahead of the ‘close pass’ clampdown launch, during which 80 drivers were pulled over, took part in roadside educational input and agreed to have their details taken.

Over the summer West Midlands Police prosecuted 38 motorists for driving without due care and attention, having either been spotted by officers committing ‘close passes’ or through camera evidence supplied by cyclists.

The 15-minute roadside education involves officers illustrating the dangers of close passing to drivers on a full-scale floor mat that will be rolled out in the holding area.